Dimitrios Alevizopoulos has shown great interest in painting since the age of six. He began to write down all his stimuli on paper and walked his infantile steps with the help of a family’s friend painter.

He was only twelve years old, when his first work was sold.

He soon turned his attention to Byzantine art, and while he was a high school student took part in a Greek-German exhibition at the National Gallery of Greece, receiving the first distinction with the work of St. Antonios ⛪, a copy of an icon which is in the Byzantine and Christian museum.

He continued his career by painting mainly frescoes of Holy Temples and twenty years later, taking part in an international exhibition in France with the work of Jesus Crucified ⛪, he again received the first honorary distinction.

The presentation of his work was made by people from the artistic and political world and at the same time the Ministry of Culture praised his total work, submitting a written review through its director Theocharis Provatakis, a Byzantine scholar and Guardian of the Patriarchate.

Today, having trained new followers of this important art, he still paints Holy Temples and as he states, he continues to be taught by the greatness of art. 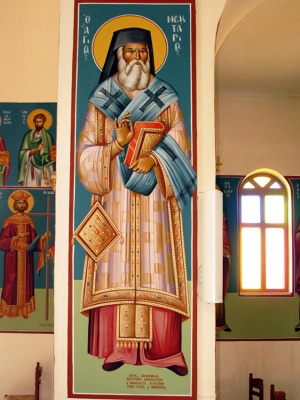 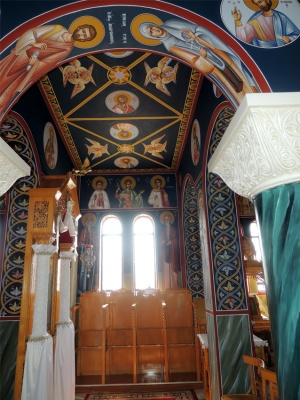 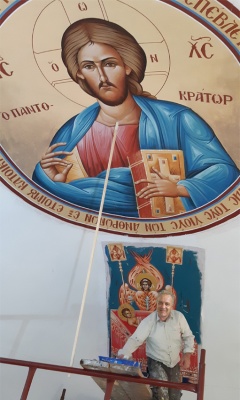 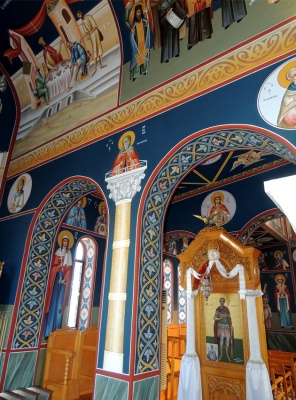